Review-of The Adventure Of Quick Silva 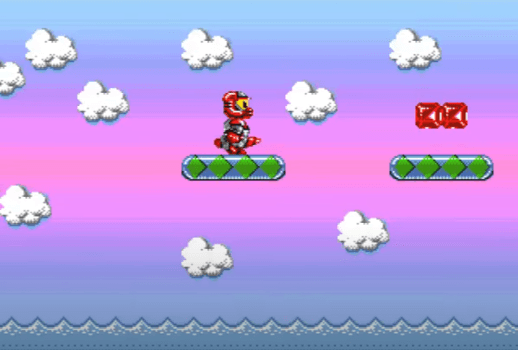 Review of the Adventure of quick silva

It was brilliant platformer I would go as far saying it was one of the best ones I played to date it had an impressive quality to the game for something free with a magazine and it was cool being able to fire a gun while jumping in the game to it was possibly more fun than Super Mario.

You collect red things and get if you like points by jumping up to hit gray blocks you get green and red points in the game.

Part of why so many people were blown away by the game was the quality it gives you from free game it was in fairness way better than the other free games with magazines at the time . Nice bright colours kind of like how water painting looks for the style of the colours here.

SuperMario but weird robot sort of version of him

Creators of the game

Factor 5 but known as here New Bits on the Ram.

August 10, 2022
Classic game from the Amiga but it got ported to some other consoles such as the SNES as well  the basic of the game you play as boy known as Soccer Kid but it should be called Football since everywhere in the world it's called Football so it should be known as Football Kid . https://www.game24hours.com/2022/08/donkey-kong-country-review.html Has a very Amiga look to it for the animation style of the characters or part of the games which if you were  bit older or used older games then you should like the style of this kind of game a lot. Has a very 1990s style of gaming experience to it being platformer but styled in the sort of Arcade style of being fast-paced overall. The storyline is kind of basic a Alien steals the World cup from the winner competition before then the Alien crashes which leaves the kid to go around the world to bring back  all the parts of the Cup from say London in the UK to Moscow in Russia to the other countries. Some people may get killed often on it such
Post a Comment
Read more

Why is Raid Shadow a terrible game?

July 30, 2022
Shows the brand for the video game for Raid Shadow Legends with orc man and woman knight and elf with bow and arrow and some other kind of monster here Only fairly good graphic Terrible storyline Really boring game Just obsessed with making money Works like being a drug dealer for how it makes money The graphic to me is fairly good so I guess that’s okay but if that’s only good point to me make playing the game not worth while overall not a lot to say on that since you can see that for yourself quite easy It’s just basically repeating thing overall with the only point of the game to make money you may thinking but it’s a basically so that makes sense yes but if you try and play it all it does is keep trying to make you spend money like 7 times in just like 2 minutes is kind of overall kill to me. If they just want money why not just sell it for like say $10 to $100 max game for a one of price or sell for monthy fee of like like $25 monthy sub cost to ? The reason why they know the game
Post a Comment
Read more

July 30, 2022
On this website, you’ll find information on what Vbucks are, how they work, how to claim your free Vbucks, where to find the best deals, and much more. With this site, we hope to help provide you with a wealth of information on how to make the most out of this new currency. Want to know the best way to get free Vbucks? It’s easy! Whether you’re looking for ways to get free Vbucks or how to spend them, this information will be able to help you out. Vbucks are the in-game currency of Overwatch and League of Legends. With these tips, you’ll be able to start earning these Vbucks and spending them without any hassle! You have come to the right place! Get your free Vbucks information here, where you can find out how to get free Vbucks for your Fortnite account. Don’t wait any longer and get your free Vbucks today! Free Vbucks is a game for all! It’s free to download, free to play, and free to win Vbucks. Free Vbucks is the perfect opportunity for anyone to test their gaming skills. With dail
Post a Comment
Read more