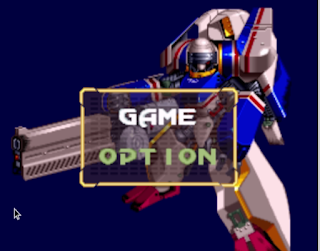 A robotic style of shooting game setup in like race track style which is purely circle for how the first level or stage is like you can punch in the game or fire with your gun it is fast moving overall.

The gameplay has good arcade feel to it and also I suspect it was inspired or based on like Gundam for how the charter you play as looks you can change weapons if you prefer other ones.

You try and play it as long as possible without getting killed which is quite hard for how fast it is plus you have limited health and hitting the enemies by close combat or distant combat both seem to be just as hard as overall to me but it's a good game to feel in some time. 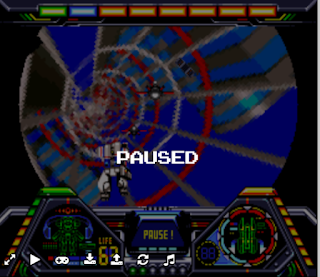 For a modern time I doubt it would last many people long term unless they are doing it as part of a speedrunner competition of some kind if not it will get boring quite quick normally but if you had no other games to play it could be okay for some time but better game arcade style exists like  Donkey Kong or Pacman among other better arcade style of games overall.