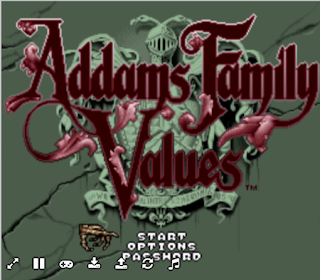 Has the beautiful Addams family music which most people love more less.

I found the idea of making a normal platform from this firm now made high quality RPG where you play the role of Uncle Fester was always kind of like the funny or weird character from the show so it was a smart idea to me making you play as him instead of the other guys or girls from it overall.

You fight like the Snes platformer style but with RPG elements such as you collect keys to open door or use cookies you get from Grannie to heal your health battle can be bit hard to get used to such as the first main battle or boss I got killed by like 3 times before I could win easy or without getting hit since he moves very fast overall once you killed hit the button which has a sort of like India Jones style to the button to me overall.

Your weapon as is kind of like a Laser gun which comes from your hand which to me looks very cool.

You can complete the game within around 3 hours  the only complaint I would have against this game finding things at the starting part of the game can be kind of hard some of the time since it's setup like a maze garden but once you get used to it's an enjoyable game to me overall. 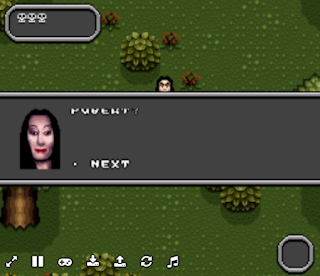 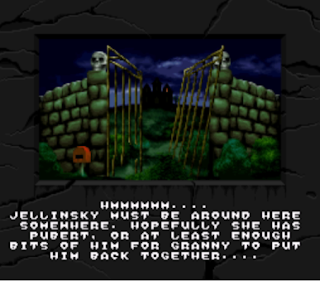 The storyline for a short game to me is very high quality overall and the images it shows when you complete objectives is nice seeing it very good 1990s style to them all overall to me.