Loony Toons style to it with Cowboy feel to it  so anyone who's like boomer or into Cowboy would probably the game it is kind of hard for platformer over it taking so many shoots to many enemies in the game which I think is bit of flaw here when you have so little health here to me that should be changed to one hit here when the enemies move so fast getting an attack to hit without losing hearts each time is not really easy to manage overall. 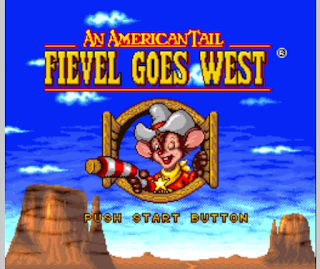 The picture here reminds me very strongly of Looney Toons as shown by the cartoon style as a whole. https://www.game24hours.com/2022/09/american-gladiators-review.html

Jumping here is pretty hard overall because things move so fast it is probably the hardest platformer I ever played more less the graphics look very nice here and like the cartoon style a lot here and the idea of you shooting a sort of like Mid West style of badge to get health or other things I found pretty cool overall they are gold coloured. 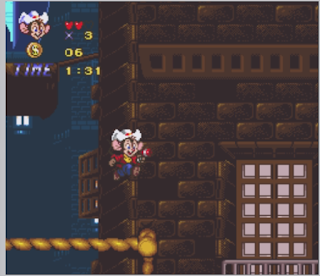 Could you get fun from this game yes you could but the hardness will probably put off a lot of people here overall if you never played platformer this would be a terrible game to start off on but people who played quite a like myself should find it manageable overall .

I like a lot it's cowboy but set in like the 1990s style of building you used to get in America or some other Western countries.