You play as ship which looked it was drawn by a kid still in primary school for how it looks displayed while in it you can move the ship or attack the asteroids coming towards you the biggest complaint for me outside of the graphic would be that things move to fast in my thoughts for the average human to be able to cope with meaning you will be more less guaranteed to get your ship destroyed whether you pay attention or not since it's kind of designed to get you to lose lives I suspect if it was in the Arcades and people kept playing it would make the Arcade firm a lot of money fast for how often people could die as a whole and the sounds it makes do sound very basic but the music is pretty good to be fair.
You get different levels not sure how many exist since I always got bored before I got further into it overall. 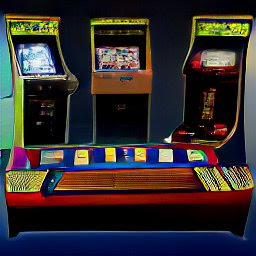 It looks like a very old fashioned sort of radar system instead  of like game overall and the green colour looks terrible in my eyes overall and the idea of how you shot the tank is very bad to me if real tanks worked like that no wars would happen since nothing work well enough to allow shots to ever really be able to land attack on tanks or other things overall.

The best way I could explain it's kind of like the ship gun version of the snake game where you have to try and shot the centipede without it hitting you and destroying your ship with other things flying around which can kill you or give you extra points like spiders it moves very fast the centipede so I doubt to many people be able to complete it also has a bit of feeling of like space invader as well so you could argue it's kind of like two in one game for style overall it kind of fun to play but I suspect it would get boring pretty fast after to much playing of it overall. https://www.game24hours.com/2022/10/rascal-raccoon-review.html

Looks very much like someone without any programming skills made the game it looks at best like very low quality graphic wise game for how it looks where you try and fire at missiles to stop it landing on your base overall I doubt many people would find it fun overall for how boring it gets after playing it more than once which I think would apply to most people in the game for the low quality of it overall.
Superbreakout
Like unfun Pong it has the similar style to many of them where you need to hit the ball into the objects coloured to break them in theory complete the level or stage here the biggest flaw in this is they made it move to fast or to hard making it go from fun game into unfun as shown if you play the game but other versions of this game are lot more fun overall so don't like this represent all the games in this style being bad when in reality a lot of them can prove super fun short term and long term a like to me.
Tempest
Kind of like kids drawing put into game in circle sort of shape where sort of like badly designed ship fly and attack you while you have to try and attack them while playing it's overall not enjoyable game overall and even for the time period it was pretty it is nothing good overall and have terrible graphics for the time period overall plus the game is so boring as a whole I suspect it would had many a fair amount of kids who played it in the past annoyed when a parent bought this for them during the time of it's release for how bad the gameplay is overall but you do get other badly drawn shapes to play with as well but that does not make it more fun in anyway to me . The best way to explain the game is like having to press the same button all the time for game without it really doing anything except you pushing button for how it works gameplay wise here and adding in spikes to the game is for me really stupid idea .