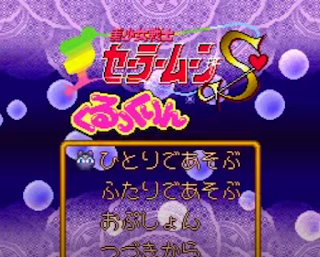 Sort of like a more arcade of animation version of Tetris here such you can collect special items like swords here or other things and you can also perform a special flame attack that destroys some of the hearts .

The hearts play the role of like the Tetris pieces but are shaped in heart-like plant style of shapes you can pick the characters from the Sailor Moon manga of the past which still is very popular and I was kind of impressed by how many games were made based on this Manga showing me it must had being a super popular Manga or TV show during the 1990s for why so many games were made of many styles from like RPG to beatup to puzzle based games the selection from one show surprised me a bit but it does prove it must have to be like cult classic during it's time period and still popular today I think. https://www.game24hours.com/2022/12/bishoujo-senshi-sailor-moon-s-kondo-ha.html

You move around a little animal kind of like the animation style of cats which can change the white hearts to yellow or other colours when you get three that match up right you get rid of these hearts then you can do it more you are competing against another player or computer player which can make the gameplay more fun by the competitive element added in here. 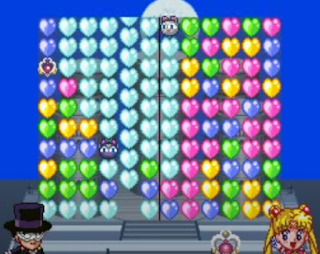 You can see the hearts style showing the man on the left I guess looking like magic man who wear that sort of outfits some of the time and the girl on the right has very strong 1990s Animation style to here. The idea of your cat like animation moving around to change the colour from say light blue to dark blue or pink or yellow or green  is smart to see and does show you puzzle games could be  made into very attractive colour wise. 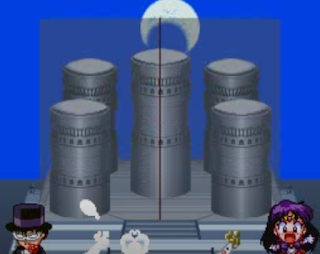