How Mobile Is Saving The Video Game Industry?

These days virtually every video game manufacturer realizes that it has to have at least some kind of presence when it comes to mobile. Even if they’re not actively supporting a mobile device they recognize the importance of developing games for them. It would seem that mobile is more important than ever, and it could represent the future for video games, particularly when it comes to Nintendo. https://www.portblair.co.uk/

The influence of mobile gaming can even be felt when it comes to consoles. Nintendo’s latest console, the Switch, has made its portability a key feature. The device is able to provide top quality console gaming on the go, which has been a large part of its appeal. Electronic Arts has been open about how it’s focused on the portability of the Switch and how it looks forward to making FIFA 18, the company’s flagship soccer franchise, the most advanced portable entry in the long-running series. It’s obvious that the ability to bring console-quality titles with you anywhere is attractive to big-name developers, but it’s not just AAA titles where companies are investing. A renewed emphasis on appealing to the casual market is just as important. 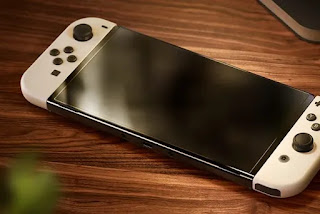 Nintendo has been looking beyond the Switch when it comes to its foray into the mobile gaming market. The video game titan’s initial push into smartphone gaming began in March of 2016 with its Miitomo app, but it really stepped into high gear with the release of Super Mario Run that December. They followed that up with Fire Emblem Heroes in February of 2017, and have several other games currently in the works. Among these one of them has the potential to be the biggest of all, and that’s the upcoming Animal Crossing title. The latest Animal Crossing game is scheduled for later this year, with a report that a   Zelda mobile game could soon follow. Given the incredible success of The Legend of Zelda: Breath of the Wild, it’s likely to be another home run for Nintendo.

And this is only one of many companies that has managed to successfully make the shift from physical products to video games and ultimately to mobile devices. It’s easy to forget that Nintendo began as a playing card company before making the transition to digital entertainment. In many ways the career path of Nintendo mirrors those of the casino industry. Games that were once the purview of brick-and-mortar establishments have steadily moved to online platforms, and these platforms have in turn also made their own moves toward mobile. Thanks to the proliferation of mobile devices and advances in technology people can now join a roulette table, play a poker game, or enjoy some slots on the go with pixel-perfect adaptations of their PC counterparts. With millions of fans and an ever-expanding marketplace mobile has become a vital part of the business model for gaming companies, and its importance will continue to grow.

It’s clear that mobile gaming is going to be around for a long time, and it’s likely to keep gaining influence as the number of smartphone users expands. Nintendo is wise to take advantage of this blossoming industry and its investment will likely reap huge dividends for the classic gaming company.