When you start the game you are boy and you have your sister who gets taken away by a monster sort of looks like a cartoon version of a famous movie you probably know then another similar sort of monster tells you about how to get your sister back then you get bought to castle on big tree which I thought was both interesting and pretty the idea of a village being inside a big tree .

It has some sort of similarities to pokemon the idea of you like catch monsters but I like a lot in they have like human like personality which I think makes the game more interesting or fun to play. https://www.lifeofcoding.com/

You start of with slime character who’s not really strong or weak in the middle a good starting character to me and when  you bring the slime to meeting the king he asks why you have the last king monster he tells you he was the only monster left which gets the farmer guy put into jail until you catch the healer slime which is weak but good character to keep your health high so once you catch him you can use him on the quest but his defence often makes him more trouble than he’s worth in battle normally .

You can take three monsters with you on the quest each time.

Breeding monsters allow you to get stronger character which becomes more and more important as the enemies get tougher each time you go through a monster portal each time some monsters have max level of like 30 but the more breed them the higher it will get each time plus there naturally stats keep going up with each breed you pick but be aware you need to breed with quality monsters if not your team will suck then you will be forced to start catching new monsters to make up for your bad monsters you breed before. https://www.accruebrandvalue.co.uk/2022/08/dragon-warrior-monsters-1.html

Each time you get to the end of the level you will find out boss monster if you beat him some of the time he will join most of the time they will be very strong monsters so always try and keep them  as your main monsters or as ones to breed with other boss monsters later on when possible.

When it comes to the monster rights in the ring part of in the great tree beware you can’t control there moves just give them idea of what to do so sometimes that make winning the battle hard so try and pick the best one depending on the health or skills of each of your monsters when possible.

Throughout the game the tree will change which I find very pretty and interesting to see happen in action which is something I would credit the creators of this game design or  graphic wise a lot of the time for how amazing it looks and realistic. 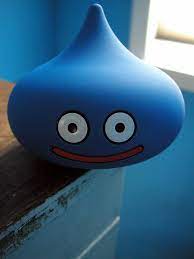 The map is pretty easy for you to find your way around most of the time but if you get struck spells or items can find the way out of this part of the level each time as well which can be useful some of the time if you get stuck.