The game was originally on the Arcade arcade before the Nintendo system for a lot of people it was fast patched and adult-themed game.

The music on the game was similar to like the music from the 1980s or 1990 which is why a lot of people still play the songs from the videos often. 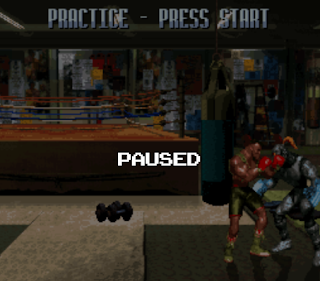 Oh, Yea has both a club and electronic feel to it I did hear it in a few clubs in the 2000 time period playing this music plus gives it a tribal feel to the music as well.
The game is kind of similar to how mortal combat works in the sense similar level of being dark but you don't really  kill people special move style but you can hurt their same sort of idea of like Mortal style which is fun to play plus the graphics look good to see overall. https://www.polecat.bond/
Very fast paced guy like Street fighter as well even on a easy level it still moves fast and you can do combo attacks with punches or kicks easy on it plus you get hit you see blood coming ou the characters which is a good way to present the effects of a real life fight to me in war like battle form.
You get a good range of characters  looks wise such as Dinosaurs,monsters, Skull charactors or like  mutan from Xmen as well .
Combo is like Mike Tyson sort of clone for how he looks or fights I suspect and all his moves are Boxing style so it would make sense Mike being added into the game over him being world best boxer during the 1990s overall and many other games included Tyson in it such as like Punch out as well where you fight against Mike Tyson as like the final boss in it
In some ways it was like semi big competitor of like Street fighter or Mortal Kombat but it never became as popular since Nintendo was trying to go for more kid friendly games than adult ones overall for why  it  did not get promoted enough for why it did not make enough sales compared to other fighting games verall.