Rocket League on Xbox One

Rocket League is a new and popular game among youngsters and game enthusiasts. It has recently been waived down to free for users, increasing the popularity of the game more than ever. What's more, it means the influx of new and more players will bring new challenges as well as opportunities for you. As compared to newbies, your performance in the game will be much better, boosting your progress in the game. However, this game is deeper than going after a ball. 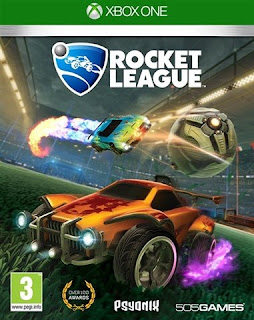 To fully learn to play this game on Xbox One, you need to know about how this game runs on Xbox One. The overall impression about this is satisfactory, but not better than how it appears in the Xbox S and X series for the obvious reason – technology. Learn the rules of the games by checking the tutorial and online support provided by the game manufacturers, and then you can move on to applying different tips and tricks to score more than your opponents.

Rocket League on Xbox One Performance

The company has now made Rocket League clearer for users of Xbox. If you have Xbox Series S or X, you can view the pixels at 120 frames per second. A new option titled the Video Quality will allow players of the game to adjust the quality and the performance of the game as required. They can go to the Settings menu and choose the option Video for it.

There are many special features that Rocket League displays for its players. Some of the features include Certified Items, Special Editions, and Bundles. We will see the meaning and purpose of these features.

The certified Items feature lets the players track down specific statistics of the item being used. For instance, items with the icon Victor will keep track of the wins you achieve online. What's more, the items are also leveled up by checking specific stat goals. The items that are leveled up will show the special name as well as the item description written in the option for Garage.

Special Edition, on the other hand, is considered a special item attribute for the equipment Wheel in the game. These might be any of the four kinds: Remixed, Holographic, Inverted, or Infinite. These Wheels also come with amazing graphics.

You can also get new items in the game with a new feature called Bundles, which is a collection of different items based on a theme. These items come with a big significance in comparison to the normal items that you get on an individual scale. However, there is a limited time in which you can get Bundles in your collection.

In order to get the Bundles tab from the Item Shop, you need to follow the following steps:

First, launch the game on your Xbox One console.

From the Main Menu, select the option Item Shop.

After the selection, choose the Bundles Tab.

The items that you get in the Item Shop are meant to be kept by yourself only and not shared with other users. You can’t trade-in as well. To those who don’t know the Trade-in feature, keep reading.

The feature Trade-in enables a user to trade their own five items to get one item having uniqueness. However, the five items need to have that level of a rarity in order to be exchanged as well. If the items in the Trade-in are trade-locked, you will also get a trade-locked item in exchange. From the menu of Trade-in, you will find different inventories that are tradeable. These are categorized into three types:

You can see your items being organized on the basis of uniqueness in the above-mentioned categories. You will be able to see the number of the total Trade-ins you have. It will enable you to trade your game items in a quicker and a more efficient way.

You will need to choose the rarity of the item that you want to get through this way. After that, you may choose the items and then trade them for something that is higher in the rarity style. What's more, you are able to repeat the whole procedure for the items that you get from the different categories, such as Blueprints as well as the Tournament Items.

Rocket League on Xbox One Installation

You are also able to install Rocket League on Xbox One. For the downloading process, you can follow these steps as mentioned in the following order:

For the process of error fix, you can uninstall the game and then install it again. Follow the above-mentioned steps to install the game. To uninstall, you need to follow these steps:

The game Rocket League comes as a game in which you have to run after a ball, but it involves a galaxy of different ideas. Many players who have joined the game recently are getting mind-blown with its features such as Trade-in. The players either give in just like the newbies or train to chase the ball in the hope that they would eventually get the goal. You can also download the game on your Xbox console, learn some tips and train your inner gamer to score more in the game, which is absolutely free to play for everyone in the gaming community.