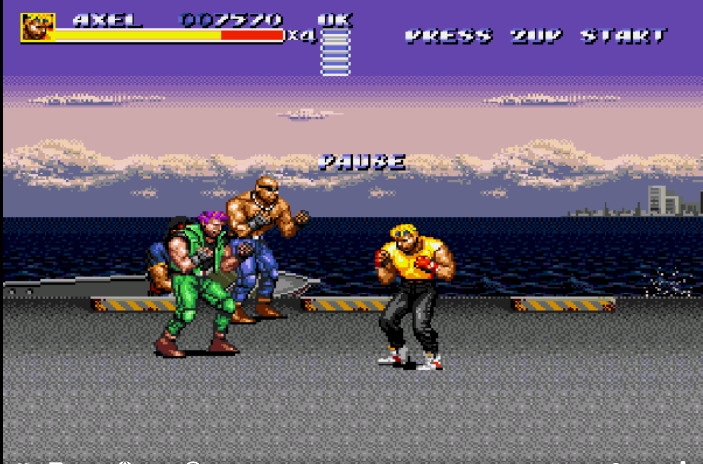 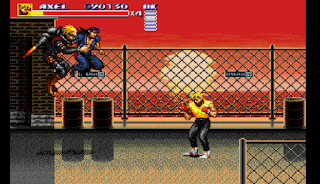 The music in the game is very 1990s sounding for how it sounds and also sounds a bit like the music from the Arcades of the past or present a like.

It’s mostly a fast paced game where you fight the enemies this game as the usual classic lift flight which is common in all beatup games where you go onto lift then have to keep fighting other characters it can be hard sometimes since you will not have much space to move around can mean you lose lives or lose the game in some cases if you don’t time the moves right.

The bosses in the game are often a lot of fun in my case I prefer being the older guy who’s like 6.7 he has the best reach and also the best strength and for me in a lot of ways is the easiest one to time the moves overall each hit you do overall.

The kid one has the best but weakest attack or life meaning he’s easy to get killedi f you don’t move well enough overall.

You get the lady who is not the strongest or weakest kind of like in the middle between the kid and Alex for her skills overall.

Alex has overall no real disadvantages since he’s fully balanced character for strength or speed or other stats so if you pick him no problem overall with using him in the game.

You can play by yourself or with friends overall it’s way better with friends so try and get someone to play with you when possible if not you miss out on a lot of fun such as you can team up to fight bosses or other people which having someone with you can make the enjoyment levels a lot higher overall.