The first time Super Mario was ever setup out in RPG style which makes it classic in many ways for you gettng the comedy or style of Mario but in RPG form it was made by the same creators of Final Fantasy 7 Before Square had falling out with Nintendo when Nintendo refused to  use  Discs instead of cartridge for why they went to Sony later on as well. 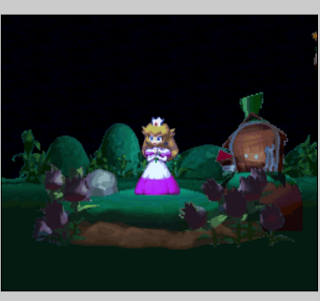 The Mario elements in this RPG to make it fun and interesting such as the jump attacks as a normal moves or special attack is good Mario effect to me and when you beat the first bosses the Smash bros you get his wooden hammer which I feel is super cool weapon to get any game in regards to Super Mario and it does look very high quality for an older game to me to be fair. 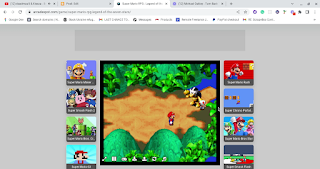 Mushrooms are both life boosters and also characters in this game who try and help the main guy to complete missions in the levels overall.

Mushrooms some people believe are down to drug you can get in Japan which looks like the mushrooms shown in the game which if it is true may be kind of funny part of the game logic such as some people believe when you eat the mushroom Mario gets like high effect which makes him believe he's fighting Browser or other people in the game which is pretty funny when you think about it an enough to me.

The game has both platformer like mario is known for plus RPG with it together which  I feel both work very well together in this kind of game such as you can jump on enemies and if you land right then you get like a bonus for fighting them when the RPG part starts and you can also get health or perks from fighting in the game which is similar to how Mario works in the standard platformers.

finding new charactors to work with