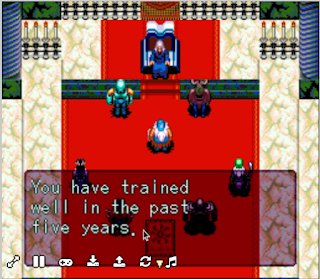 You can sometimes fight one to three enemies in the Turn based battle system each starting character comes with advantages or disadvantage of picking him as like the main charter in the game.

Enemies can dodge attacks like your charter can as well which I find is smart idea in turn based fighting game to me. 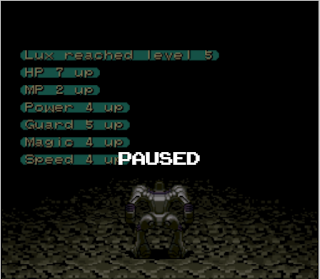 All the main charters have both health and M stats showing during battle .

Quite fast paced turned based battle against monsters in the game.

The First boss in the church is kind of hard for a first boss you face of against overall.

Some characters don't need armours or weapons such as like the alien does not or the knight guy either .

The first boss is a little bit hard for a snes RPG which  I feel is a nice touch to this kind of game and when you get to the first main battle try and not go to the other stage or part of the game until you get to at least level 7 since it's attack from the undead enemy plus the headline powers make it tough to best enemy early on to me. 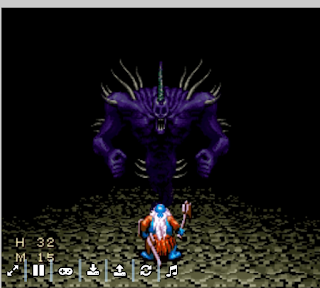 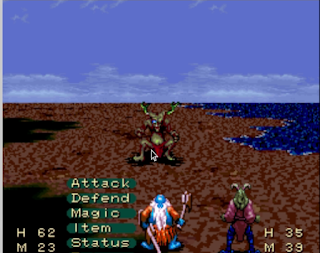 Shows you the Dwarf and also the magic charter the alien who can do Magic attacks well but defense or health-wise is a bit weak overall to me.
Buying items later on costs a lot  so trying to get only one charter who can buy items can be good or non in some cases to me.