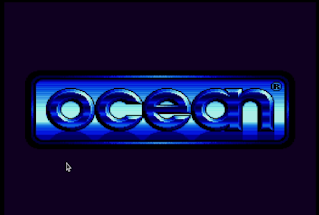 A action packed platformer based on the famous TV show and movie called Adam family  it was in the 1990s a very popular show for kids or adults a like to watch you play the role of the father of the family in the game.

You get two hits before you die here and that is needed here since in general it's fast paced game with the enemies moving fast so needing at least two for me would be the minimum health required you can get hats which give you special ability such as hat in red which allows you yo fly which looks like the same Ottoman hat that Aladdin had in that game set as well. https://www.game24hours.com/2022/08/the-addams-family-pugsleys-scavenger.html

The enemies you fight in the first level be like demons or ghosts and the graphic look a nice style of 1990s style of cartoon graphic which was part of why it was fairly popular but it could not of course compete with like Sonic or Supermario but it's still good game for your collection either way. 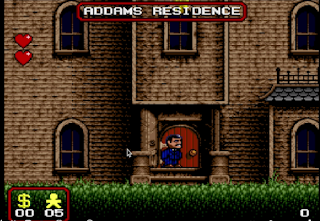 You collect Dollar symbols in the game as like the coins in other games like Sonic here and you start the game outside of the castle which is in reality Addam family home  I always found the style of the building very smart and well designed from horror or impressive building style as we well since it looks a bit like mansion or castle kind of like cross between both looks . 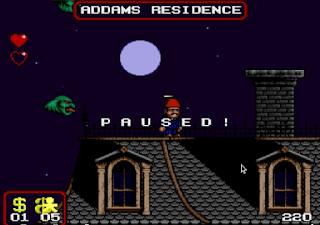 The style here to me in this photo looks incredible for the nice 1900 style of homes in the game look very niche even if you see similar houses in real life to the game they all  look go to me which is pleasant sight overall to me.