Woman name is Samus . Amazing platformer a lot of people never knew until later on  the character you play of be a lady most always thought it was man but it was a woman which when I knew that later on as like a young man it always impressed me that in  a game. 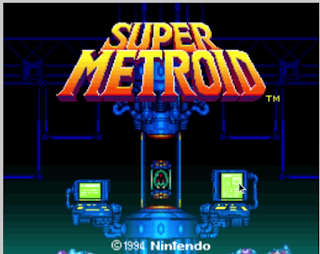 The 1990s style of graphics looks perfect to me here.

Jumping for me in this game is overall the best of all the platformers even better than Super Mario to me or Sonic or any other famous jumping game which I suspect is why even in 2022 this game still have a loyal fan base overall. 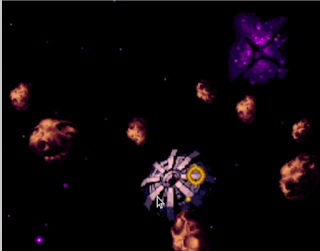 The game as whole was like for the SNES form of like science quality for how good the jumps or gun works or graphics in the game as good as like a 1990s cartoon good quality ones and the bosses from the game are fantastic to fight against even in the first level the dragon sort of monster to me looks so cool as shown as here. 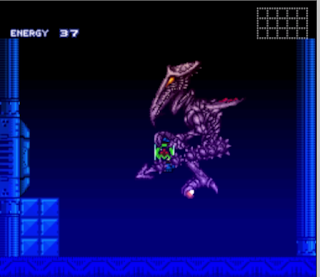 The boss to me looks very cool overall.