The Adventures of Mighty Max

Based on a popular TV show from the knight called Might Max or known simple as Max in short form. 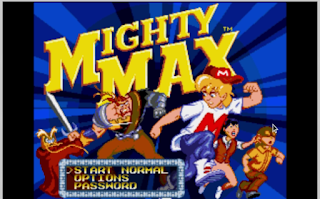 I like a lot in this game you can jump so high never seen this from any other SNES platformers so far and also the harness in it makes the game to me a lot more fun than some of the easier games about overall.

You can pick Max or his two best friend you also get your knight friend some of the game which can kill the enemies for you which is useful when you shot or attack the enemies with your enemies they only disable them normally so be aware they can go back to life very quick normally.

The Graphic are probably the best on the SNES seen so far and also you could argue it;s as good graphic as like the Amiga of the past which is impressive when you consider that Amiga still powers the heating system in Canada means it's being running for like 40 years so far so a 16 bit matching that for graphic is something I think Ocean or Nintendo should feel proud about for the fantastic display in the gameplay overall.

Fast paced which means you will not get bored from I suspect if you liked the kids TV shows then you will probably get extra joy from the gameplay in my thoughts.

You have three hearts and one hit does not kill you which I prefer in games like this overall and it makes things look more fun and exciting overall seeing the hearts I always felt in the older games.

You can push rocks about which I felt was a smart add on feature for the storyline overall. 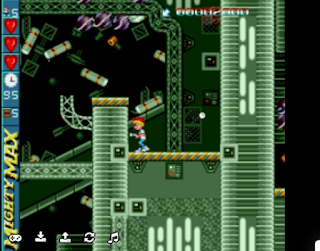