A  very but fast paced game set in like the 1990s final Manga style for how the characters look and I suspect they were inspired by like Streets of rage and also Golden Axe for why some similar things happen in all three games  here. 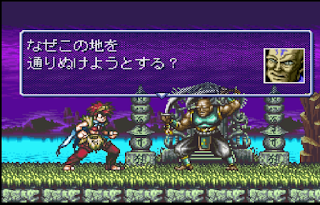 You can pick one of three characters  the part I find funny or weird the normal characters are a lot harder than the first boss in the boss fight I never took any hits I just kicked him onto the right of the screen which stops him getting through you easy while he's in this keep pressing the punch button until he's dead or if you got out if little hit just finish him off with punch or kick depending on your preference.

You can pick up health  this game which useful when so many enemys move fast or fairly fast. I lost one life on my first try on the game  but still complete the game fine when I understand more about the game play here.

You can throw enemies which is useful against more than one enemy to know them to the ground which is an important way to try and keep your health bar high as possible you can boost it to blue level which is smart for the harder parts of the game to me.

I would strongly recommend you play this one don't worry if you can't understand Japanese not important in a fighting game overall. 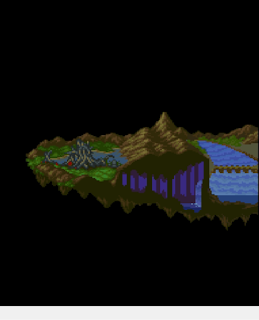