Beatup setup as kind of like an African version of Rugrats for how things look but set in African American style it's overall pretty short beatup you can play as boy or girl it's bit small my biggest complaint about it plus it takes to many hits to known down an enemy the tools you get can make it little bit better but not much it has sort of like puzzle elements in it a little bit as well as just like game you can complete in like 35 minutes it's fun but for the game it should had being made a lot longer instead of like the free games you used to get from videogame magazines in the past best way I could explain it overall but if you into beats up it maybe fine for you and you can collect things from the enemies you beatup as well which has okay to feel I suspect from the streets of rage the idea came from . 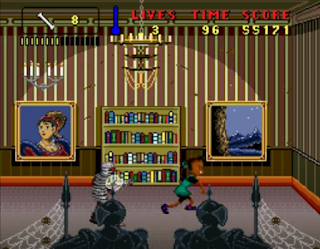