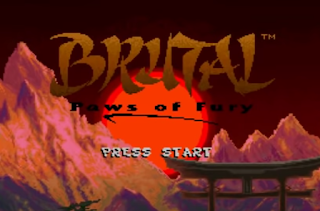 Brutal: Paws of Fury is a 1994 fighting video game developed by Electronic Arts and released for the Sega Mega Drive/Genesis console. The game features anthropomorphic animals as the main characters and pits them against each other in one-on-one martial arts combat. Players can choose from 10 different characters, each with their own unique special moves and abilities. The game was well received for its colorful graphics, humorous characters and humorous storyline.
You probably heard the idea this game is the terrible or worst game in some cases so is this idea true or correct?

The answer would big no in reality it's actually very smart or interesting gamer to play where you use sort of like martial styles with animals such as rabbit I suspect was based on the popularity of Bugs Bunny who looks like a Karate monk to me style wise  who plays the role as like the average character with no real flaws overall. https://www.game24hours.com/2023/01/brunswick-world-tournament-of-champions.html

As you play the game more and more the other animals get tougher to beat by being faster and stronger and better quality moves and I like a lot you learn new moves such as the first one you learn be taunt which can be used to improve your health or look cool as well in fighter games  I never saw much point of them but some people loved them, either way, you gain new belts as you win going from white belt all the way up to first dan which is pretty cool.

I suspect the persons behind this game were very into ancient Chinese history since a strong feel of this game comes from these ideas for the music or the idea that some martial arts were learned from animals as well. 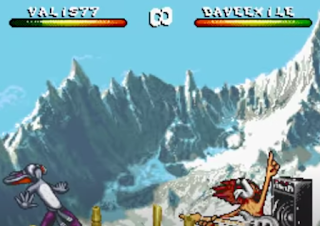 ValiS77 DAVEEXILE The graphics all look very good quality animation for the fighting looks or graphics or skills of each fighter with the idea of them getting better as you move through out the fighters such as lion can do a lot of music attacks which could take down a player if they don't play well enough often.