It a fairly fun to play game but the foul part of it to makes it a lot less fun overall whenever you hit the ball depending on the power of it will increase the likely hood of your players on your team being automatic able to get around the game so you in theory score points in the game could be fun if you into like 16 bit sport games but for everyone else not the most exciting game by any means to me and others a like. https://www.game24hours.com/2023/01/cacoma-knight-in-bizyland-cacoma.html 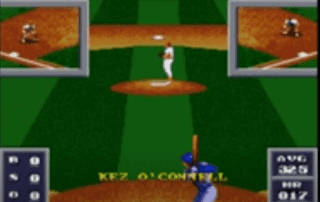 Baseball video game series developed by High Voltage Software and published by Bethesda Softworks. It is named after Hall of Fame baseball player Cal Ripken Jr. The games were released for the PC and various consoles, including the Sega Genesis/Mega Drive, Sega Saturn, Sony PlayStation, and Nintendo 64.