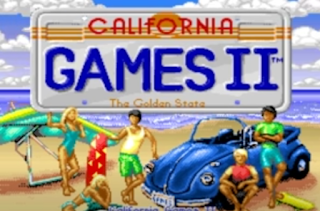 California Games II is a sports video game developed by Epyx and released in 1988 for the Commodore 64, Amiga, Apple IIGS, and DOS. It is the sequel to the original California Games and follows a similar style of gameplay. The game features eight different events (BMX, Hang Gliding, Surfing, Street Luge, Roller Skating, Jet Skiing, Flying Disc, and Bodyboarding). Players compete in each event to earn medals, and the goal is to earn the most points by winning the most medals. The game also features a tournament mode in which players compete against each other in a series of events.
The game has five different sports or games you could argue I kind of wondered when  I played the skateboarding part of this if this was inspired someone to make a Tony Hawks game since it does look pretty similar to me just one with bit worse graphics than the 32 Bit Playsation which was where the first Tony Hawks Pro Skate  appeared on which if you compare both they do share a very clear style similar to me not just from the same sport but gameplay wise. 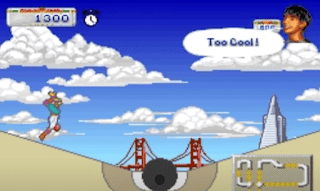 I think in general this game is very much how like Pro Skater turns into later on many the creator of the newer  games played this since it was a pretty popular game in the past since it was sort of like 5 in one game which was the impressive idea when all the sports are equally fun to play to me. https://www.game24hours.com/2023/01/cal-ripken-jr-baseball-review.html 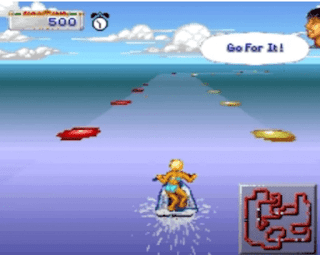 This part here is so similar to how Mariokart plays out for where I suspect the gameplay elements game here but like all parts of it you can do tricks like jump faster or how to do tricks which does look very cool and I like you can leave the  track area I felt that was very cool to see being done on a 16 bit system since a lot of games racing wise would often let you just follow the rules put into the code no  way to do free thinking in them unless you recoded them yourself. 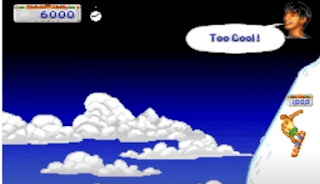 I  find the idea of him snowboarding and going down a mountain wearing summer clothing a bit funny but the idea here is to allow you to go down the hill and do tricks while trying to not fall down holes or get hurt here so a very strong Arcade feel here to me. 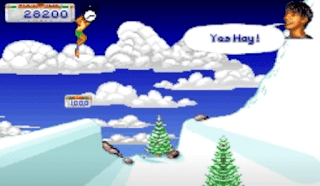 I find the idea of creating a snowboarding version of tricks like skateboarding kind of unique never seen really much even in modern games overall so them doing it so well is pretty smart to me. 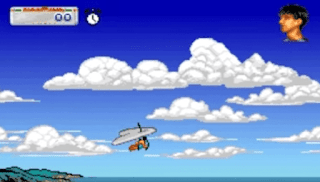 Air gliding for me is probably the most boring gameplay to play  the  stage but it does have bit of fun to play it, either way, it makes me wonder how many people got inspired to do the sports from the game after playing it ? 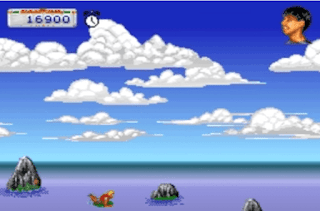 The game is very fast paced it does remind me well of the real like sport or thing people do in the water pretty well so I would credit them well for the quality of the gameplay here.

The sports here to me have all being designed well in all ways to show how it could work in real life for console with limited power behind it they really blow the sports quality out of the park to me.