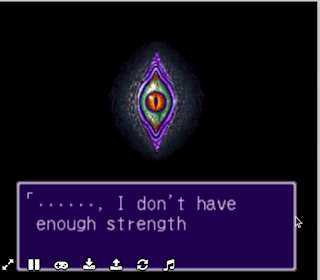 You start of a boy called Ryu to find your childhood friend a girl in the story .

You fight a boss character who you lost against since it's health is over 20 but your attack only takes 2 health here for the attacks overall then you get saved by the Church guy by his magic spells.

You close your eyes and then see the dragon who says nothing to at this moment. https://www.game24hours.com/2022/08/chrono-trigger-review.html

You go into a cave that kills you or takes all your life in the cave which the cancer bow stole before is used to light the care then  you wake into the future 7 years later with both Ryu and Bow now are like young adults now.

You can use magic as well in this game such as Bow learns cure which important spell in the game but  RYU learns it at level 7 as well and RYU starting magic is change time from day to night or  the other way around which is cool the magic elements in the storyline to me.

With Bow asks for the work of the Elder and he gives them to offer to find a pet which Bow considers a joke but when he sees how pretty the woman who lost the pet he decides to do it to try and win the girl heart. 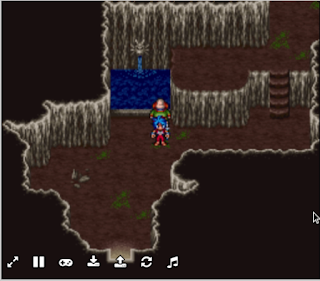 This blue water area allows your characters to be fully healed these are useful in battle zones overall plus good design to them overall for how a sort of how Hindi dragon would look to me. 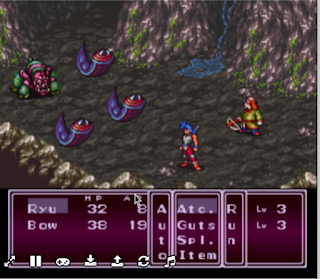 It is turned based combat as well for the RPG setup 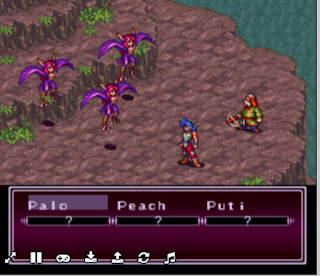 The boss battle here is fairly easy but you need to be least level 5 to win it to me easy enough the first two will attack the front one so make sure you focus all your starting attack on that bird once that's one dead move onto the other ones such as Peach or Puti here when dead push the rock to get further in the game.

You will now be able  to see a house which looks like it was destroyed in the past which the past homeless old man now lives in which is place you will go back to often through out the game to change your characters here often. 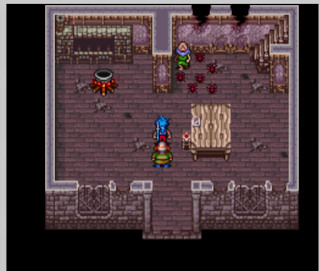 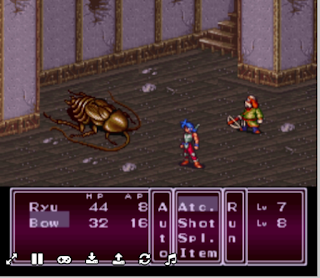 This is like sort of mini boss you can take it down easy with like 10 normal hits or 3 hits plus 2 strong attacks can take down this boss overall  it's very easy boss fight to me which is good idea since if you took down in theory 2 bosses your health or AP maybe bit low here.