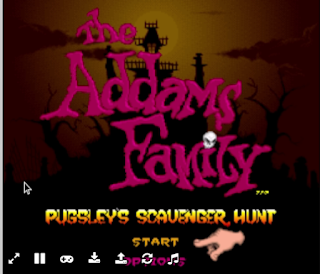 The music from the game is exactly same as from the Movies it was in the past seen as like a real classic music style played at birthdays or parties or at Halloween even today some of the  time showing you it's a real cool movie overall. https://www.game24hours.com/2022/08/the-addams-family-review.html
In this game you play as the boy instead of the father he was like reble themed kid like the girl was instead scientist but a bit insane by what she would do to her brothers or others in the storyline.
It is nice platformer and fast paced in some ways it's reminds me of like how Donkey kong the one from arcade is played for the rules of jumping here which is nice touch to me to be put into a game for me overall. 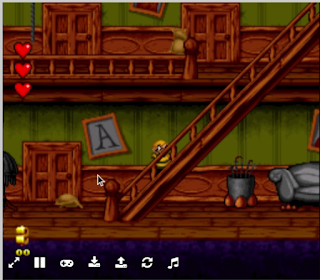 Three hearts here to me is better idea 2 in the other game is bit to little hearts in my thoughts
First level to bit hard for starter level to me that is more like the final boss level for the hardest of it all this was part of why this game became so unpopular over it being to hard for most people to get enjoyment out of overall but it was fun if you could handle how hard it was to play overall.
To me the game would be a lot more fun if they turned out how hard it is by at least 50% if not it will get annoying quite fast to me overall people play platformers for fun not to always lose or get killed which was big complaint from most people I knew who played it overall and why so many stopped playing it overall.