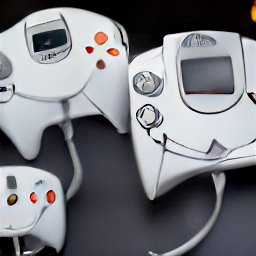 A lot of think the Dreamcast was bad or failure  but in reality it was a very impressive final console by Sega this includes many things which no one did before such as they offered people the chance to play videogames online which was way before Microsoft had Xbox Live that alone is alone is something not to many people seem to know overall.

The controller they had for it was perfect design-wise overall and the screen you can see in the photo as well allowed you play games or do other things such as have Diet plan run of it or have like virtual pet these were in all rights to Sega very amazing for the time period overall even people who were Nintendo or Sony  or Microsoft most of them would agree the controllers were fantastic as a whole.

Sonic on this system looked fantastic  having the modern graphic made the character look more like they would in say real life.

A lot of Sonic fanboys like a lot the cool effects from these sort of games being 3d or looking so modern and the gameplay was overall to me a lot better than the Megadrive systems of the past overall.

Jet Grind Radio was incredible game with a strong high quality Arcade feel to how the gameplay was overall kind of like a storyline based version of like Tony Hawks game best games to compare them overall you could do cool tricks and  fight well while on Rollerblades it had  to me a strong feel of like Manga for how  how all parts of the levels would show for are own eyes overall.

Quake III looked out of the world for how good it looked quality wise it was for me the overall best version of Quake I ever played on it it was like copy of Doom but still amazing shooting game with people still playing it a lot even in 2022.

Shenmue was overall probably best game I ever played RPG wise the storyline was so amazing it felt in some ways like you were playing the role of the man in the game and them including into the game where you play older games I thought was so smart you could fight in the game which would overall look incredible and be so much fun kind of like modern Streets of rage game for how cool it all looked to me and others a like many people bought the Dreamcast just for this game or games which does show you it was out of the world game to play short term or long term alike with getting more and more fans all the time for the good storyline which keeps good from the start to the end of the game a like which was a nice experience for me and many other people,e all the world to me .