A clear street fighter copy which was very common during the 1990's with everyone only to get some of the sales from the popularity of the street fighting games of the past.

IT just like street fighter except to me bit to fast to make it enjoyable game to me the speed needs cut by at least half for the easiest level of the game for it to be fun I won my first fight as Wolvan vs Ranmaru   but to be fair that was more down to my programming background than I won because I was good at it I just focussed on landing the bending down kick he does and doing jumping kicks and his small distance fight seem kind of silly since it's so hard to get close enough to be  able to do that attacks makes the idea of short-distance moves seem kind of silly to me overall. https://www.game24hours.com/2022/11/battle-pinball-review.html 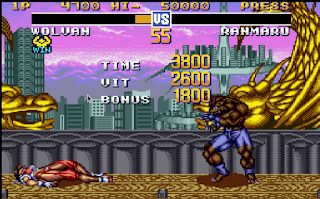 Ranmaru moves to fast for it to be to much fun I just bend down to kick for winning it overall and you can see by my health I almost lost it I just done by like one hit showing it is pretty hard for people as a whole street fighter is much more easier overall to me . 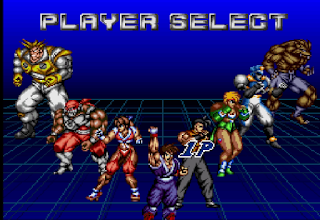 The players see in it have a very 1990s style of cartoon or animation for it which is nice to see again in the modern times to me graphic wise it's better for players than street fighter but everything else is worse to me gameplay wise.