Seen by many people all around the world as like the world best RPG game and the storyline elements are better than a fair amount of modern games. 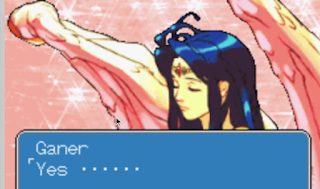 How familiar are you with the Breath of Fire II game?

How would you rate the gameplay of Breath of Fire II?

How do you think Breath of Fire II compares to other RPG games from its era?

It would be one of the best https://www.game24hours.com/2023/01/breath-of-fire-review.html

How would you describe the story and characters of Breath of Fire II?

Action packed and good ability behind each character such as the main guy is mostly physical attack guy but bow is both physical and magic character so good mix if you keep him with you .

What are your favorite aspects of Breath of Fire II?

Have you played the other games in the Breath of Fire series? If so, how do they compare?

What improvements would you suggest for a potential re-release or remaster of Breath of Fire II?

How likely are you to recommend Breath of Fire II to other retro game enthusiasts?

I would recommend into anyone

How do you think Breath of Fire II holds up today compared to more recent RPG games?

It holds up very well for the quality of it all

What is your overall opinion of Breath of Fire II?

You start of playing the game as like boy called Ryu I guess aged between 5 to 10 in black and white colour display for some of it then you go against your first boss which you can't beat easy over you lacking stats to win here so you get saved by the old man here but  your goal was to save the girl here and you speak to the dragon you then meet the other first main character a boy called Bow who goes to places to rob people which he does in the church but you agree to go with him into the world then the proper game starts with both of them deciding to help this pretty sort of angel woman who then you agree to go and find which turns out  the old homeless man was about to  eat the pig which bow and RYU save from him.