You can jump and roll to take down enemies in that game as being Donkey Kong in the game .

It’s a platformer game and action-packed one you can slap the ground like monkey to find bananas or other things and use that attack to take down enemies. 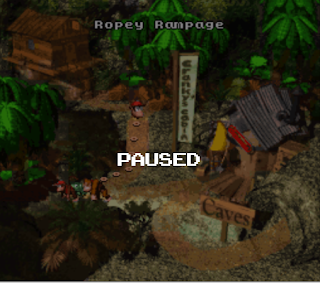 You get a younger monkey with you called Diggy who is like your backup character who likes the other Chimp only has one life so be aware of getting hit in the game.

Collecting Bananas you could argue was similar to the idea of mario where collect fruit instead of like coins which I think is good idea since monkey prefer bananas as like there favorite fruit overall.

How Kong vs Diddy rolls is different such as Kong is more tough or rougher roll look but diggy is more nimble which I think is nice idea from classic game of the past for why it’s still such a popular game even today.

Some of the characotrs will nbot die from jumping on them as such you need to foll into some of them or do other attacks some of the time.

The music in the game is very1990s arcade style of music for why some people still play the music from it even in like 2022  it was done by  David Wise who is a  highly respected composer even today he was key into making the game or games sound amazing plus making the games fashionable in some cases for the cool songs or music in each part of the  game overall.

The Graphic to me looks like in some ways how things would look lik real life such as the Jungle first level you start with could pass of similar to how a jungle would look like in real life if we did see a real life jungle that is good skills behind the programmers who made this game and shows the quality in a high end way here overall.

You get a Frog that can attack using it’s mouth which is a good way to play the game plus it can jump high like a real frog so you could argue how the animals work in the game are kind of similar to how they act in real life some of the time as well.

The game can get hard sometimes so if you get killed in the game don’t lose hope just go back to practice then do it again until you get it passed each level .